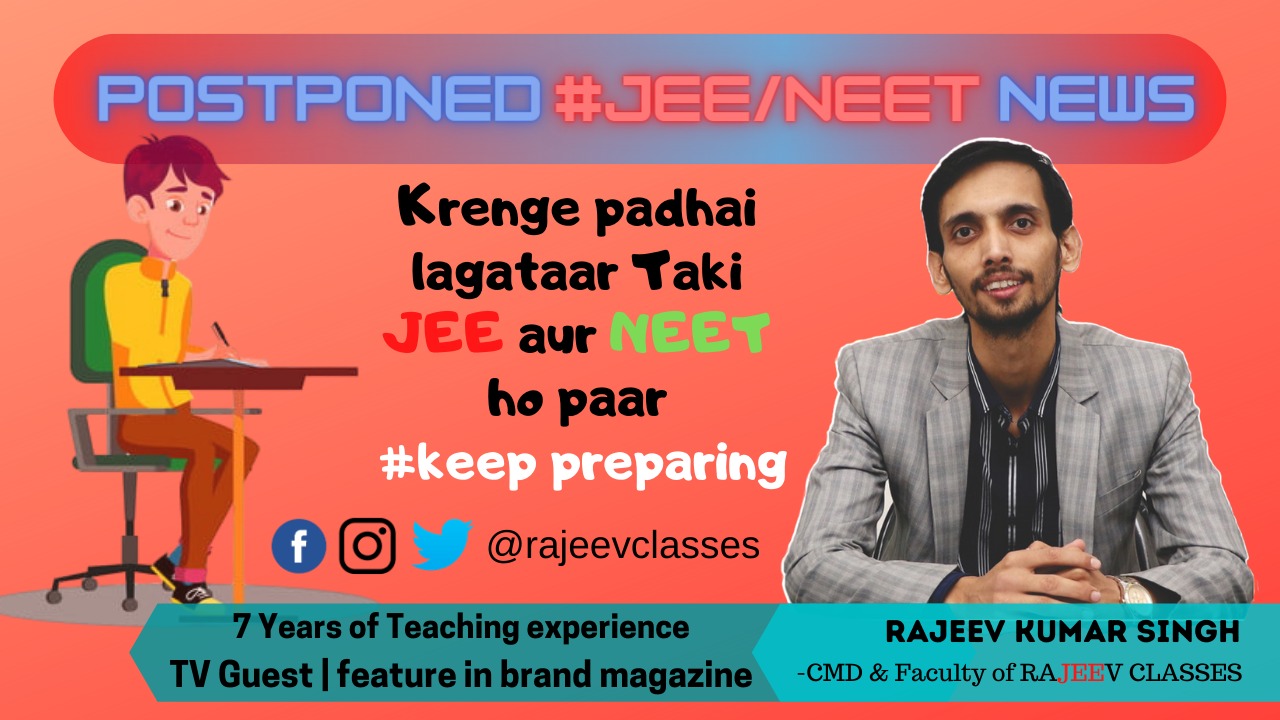 West Bengal Education Minister Partha Chatterjee tweeted on the JEE-NEET issue saying that Bengal CM’s requests for the postponement of the exams had “fallen on deaf ears”.

Despite lakhs of students and their parents requesting to postpone the JEE and NEET Exams, the Indian government and Supreme Court refused to do that and they are scheduled to take place on September 13 (NEET) and September 1st – September 6th (JEE). Despite that, the National Testing Agency has maintained that the examinations will be held on the previously scheduled dates. The Joint Entrance Examination (Main) and the National Eligibility-cum-Entrance Test (NEET-UG) will be conducted in September as scheduled, officials said on Tuesday, amid a growing chorus for postponing the crucial tests in view of the Covid-19 pandemic.

NOW WHAT YOU ARE SUPPOSED TO DO?

The government’s decision to go ahead with the exams despite there is no let-up in the Covid-19 pandemic has angered students and parents across the country. While the government insists it will be employing proper precautions, opponents of the decision have cited the fact that students will have to undertake travel to appear for the exam, which they say is ill-advised at the time.

Other objections raised include the disruptions dealt to preparations by the lockdown imposed to check Covid-19.

Here are some requests from ministers from all over india.

Taking up the case with Supreme Court again, Punjab CM Amarinder Singh has shared that he would discuss the possibilities of filing a review petition in the Supreme Court. SC had earlier dismissed the petition to postpone JEE and NEET 2020 exams, citing the career of students being in jeopardy. Punjab CM would now consider filing a collective review petition for postponement of NEET and JEE Main 2020 examinations scheduled in September.

The Tamil Nadu government has requested the Centre to scrap NEET2020 or at least exempt the students of the state from attending that exam if they were held on September 13, 2020. The statement was made by KA Sengottaiyan in a press conference.

Over 90% of students had appeared for the Gujarat Common Entrance Test, GUJCET 2020 held recently which shows students want to study. The opposition is not considering the interest of such students. Only a small section of students are opposing, said Gujarat Education Minister

Rahul Gandhi has also tweeted his support for postponement of JEE and NEET 2020 examination. Here’s what he had to say.

IIT Delhi voices his opinion, says any further delay would have severe repercussions

Coming out in support of conducting the examinations, IIT Delhi Direct V. Ramgopal Rao has voiced his concerns over any delay. “Any further delay in conducting entrance exams JEE and NEET will have ‘serious repercussions’ on not only the academic calendar but also career of bright students,” he said. He has further pointed out that the delay may lead to zero academic year. Check IIT Delhi Director’s message to students here.

In the CM’s meeting, Sonia Gandhi has called out the Centre’s decision to conduct the examination. She has further said that the center has been uncaring about student’s problems.